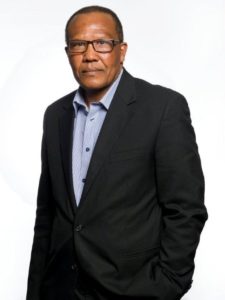 Phill completed his studies in Paris where he obtained his degree in Architecture, and three years later enrolled and completed his LLB in the same city. In 1995, he registered Mashabane Rose architects together with Jeremy Rose. In 2012, he completed his studies in Alternative Dispute Resolution with the University of Pretoria and he also boasts a Master of Science degree in Knowledge and Project Management through the University of Salford. Phill has been an external examiner at a number of tertiary institutions in South Africa and on the African continent covering areas of Professional Practice.

With over thirty years in the industry and many awards under his belt, Phill has acquired expertise in the fields of: Master Planning, Urban Design and Development Planning, Architecture, Museum Design, Storyline Development and Exhibit Design, Interior Architecture, and Heritage and Conservation.

He has contributed to a broad variety of prestigious projects including the Apartheid Museum, and most recently the sculpture of Nelson Mandela in Howick. Amongst other competencies, Phill is an accredited Mediator, also a skilled Facilitator, Negotiator and a Commercial and Construction Arbitrator.

Phill took the time to speak to this author, six months after the sudden passing of Jeremy Rose in December 2015.

What do you consider the highs and the lows of your long career?

A low that immediately comes to mind is when clients do not pay which I suppose is something that affects every company. But we have learnt over the years to adopt instruments that help us manage that such as getting payment guarantees at the inception of the contract. When it comes to the highs, I think the work that we have won is a particular high especially because most were earned via competition. This is a reflection of the quality of our work whereas many bad practices win work because of unrealistic low prices. A recent high I would also like to mention was in 2014 when Jeremy and I were selected by our peers to deliver the Sophia Gray Memorial Lecture.

How has your firm fared in terms of achieving its business growth objectives?

The trajectory has been smooth and gradual. We attract believers in our architecture. Our work has been largely institutional which we sometimes describe as nation building as it assists communities in recognising their heritage. We don’t measure our growth by turnover but our focus is on quality. When it comes to quality and sustainable architecture we can challenge anyone.

What would you say are your management and leadership styles?

I do not micromanage people, I believe that I employed you as a professional so you are expected to be professional. In that respect, I differed from my late business partner who had significant attention to detail. He also found my policy of not giving interns any pay a bit harsh. I believe internship is part of an individual’s studies so much so that when I applied for my first professional job in Paris, I told them not to pay me for six months.

I believe in the principle of becoming a better person so as to enable others to become better people. I apply that to all aspects not just at work. Beyond that, I give people space to express themselves as an expert needs to have his own space to apply his knowledge.

What would you say makes you tick or keeps you awake at night?

I always say that if you fear to fail, you will always be successful. That fear helps you manage the potential surfacing of deficit. I am kept awake by the desire to be successful not just for myself but for the 18 people who sit here. I am also occasionally concerned about client driven pressures where for instance a client is adamant about a particular approach which could lead to failure. As architects, we need to be very careful in this regard as failure of a project reflects mainly on the architect. A good example is the Nkandla debacle where the architect seems to have borne the brunt of a collective failure of many.

How do you take part in mentorship?

I mentor my staff in various ways. I am insistent that they reduce everything to writing rather than just have telephone conversations that have no record. I saw this when I visited the Nelson Mandela foundation; it is amazing that he would write in his diary who he met on a particular day and what they discussed even if it was a social engagement. Writing in my diary was also once my saving grace in a dispute with a client where verbal arrangements had not been agreed in writing. It is such things I try and teach younger professionals. They have also learnt about loyalty and commitment from the relationship Jeremy and I had. We had an unbroken 25-year business relationship where we were each other’s sounding board. I spent more time with him than even his family.

How do you ensure ethics and integrity are maintained in your firm?

I take pride in knowing that when I walk into any space I have no fear of skeletons falling out of my cupboard. I hear clients and consultants whisper to each other that they cannot deal with me if they are not straightforward. Professional practice is an area I specialise in; I give regular lectures on this topic to universities and also act as an external examiner. Good buildings or architecture are a function and an initiative of using information that has been tried and tested by others. The tapestry thereof provides the desired effect. I am of the view that the eventual product is important though not as good as the process that was followed to arrive at it.

What would you like to have achieved by the time you retire?

People ask me if I will take on a new partner now that Jeremy is no more and I am adamant that I will not. Perhaps it is because it has only been six months so I am still very sore. But I know I will have to think of succession plans at some point but succession doesn’t follow a scientific formula, it needs to be natural. Whoever takes over will need to be someone who will not tarnish the principles laid by the founders of this firm. For now, I live everyday as if it is a new day. A few years ago I read a book called “Chasing Daylight” by Eugene O’Kelly, former CEO of KPMG in America. He began writing it when he discovered he had three months to live. I learnt from there to embrace the brief moments we have with friends and associates.

What is your view and that of your firm to transformation?

I think transformation has been approached incorrectly. It is seen as the physical replacement of white people in the economy with black people. If say you create a magazine and work hard to make it a thriving business then government comes along and tells you to give that to someone else without the same expertise and passion, it is bound to fail. My view is that we need to begin with training people the right way to be disciplined and independent, passionate and professional. They should be given the tools to go out and do it for themselves instead of being spoon fed. We do our part here by taking on a lot of interns but we make sure they learn that we only provide a structure for change but the drive needs to come from them. I get calls from parents asking me to take on their children and I always ask why the children themselves are not phoning me? The initiative must start with the individual.

How do you measure the quality of your customer service?

This is evident from the good work we have put out there. We have become the best architects in the institutional space working on nation building projects. When we started off, we had no work. We developed a document which detailed the most visited sites in and around Soweto that needed work. It had important details of routes, trails and places of interest. We sold it to City of Johannesburg for R30,000 which was a lot of money in those days and later we were appointed to work on all those sites. We have executed them with professionalism and we believe in what we do.

What awards has MRA won?

Several of our proposals have been awarded first place in competitions for notable institutional schemes including the Robben Island Museum where we were awarded first place out of a range of 250 international submissions. Freedom Park and Liliesleaf were both nominees at the World Architecture Festival Awards in Barcelona in 2009.

What has been your contribution to the architecture profession?

I recently concluded a four-year term as president of the SA Council for the Architecture Profession. I have also chaired both the SA Heritage Resources Agency and the Gauteng Province Heritage Authority. As mentioned, I lecture and act as an examiner at universities. I am also a certified mediator and arbitrator.

What has been your contribution to the community?

I don’t believe in the approach taken by many billionaires of occasionally pouring money into poor areas and allowing people to continue to be dependent on handouts. I think the work we have done has been a big contribution to the community. I recall when the local community were getting ready to protest in Soweto for being excluded from participating in the construction of a heritage project. I went and spoke to them to explain to them the process followed. I then helped them register a vehicle that could act as sub-contractors to the appointed contractor. Our contribution has been along these lines; to offer education and guidance as well as to encourage participation of communities in bettering themselves.

What are you passionate about outside of work?

Architecture is my first love. I only pursued law after failing to get a job in architecture due to the restrictive apartheid laws at the time. Beyond that, I am a good cook and plus 1 handicap golfer. I also have a pilot licence and love flying. Lastly, I have an interest in fast cars and modifying vehicles is one of my favourite past-times.

ECSA: Not just a regulatory body 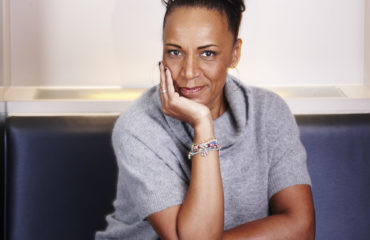 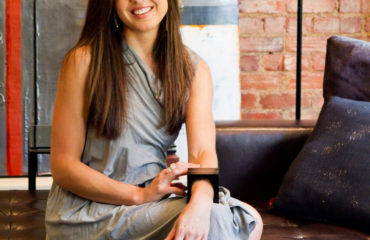