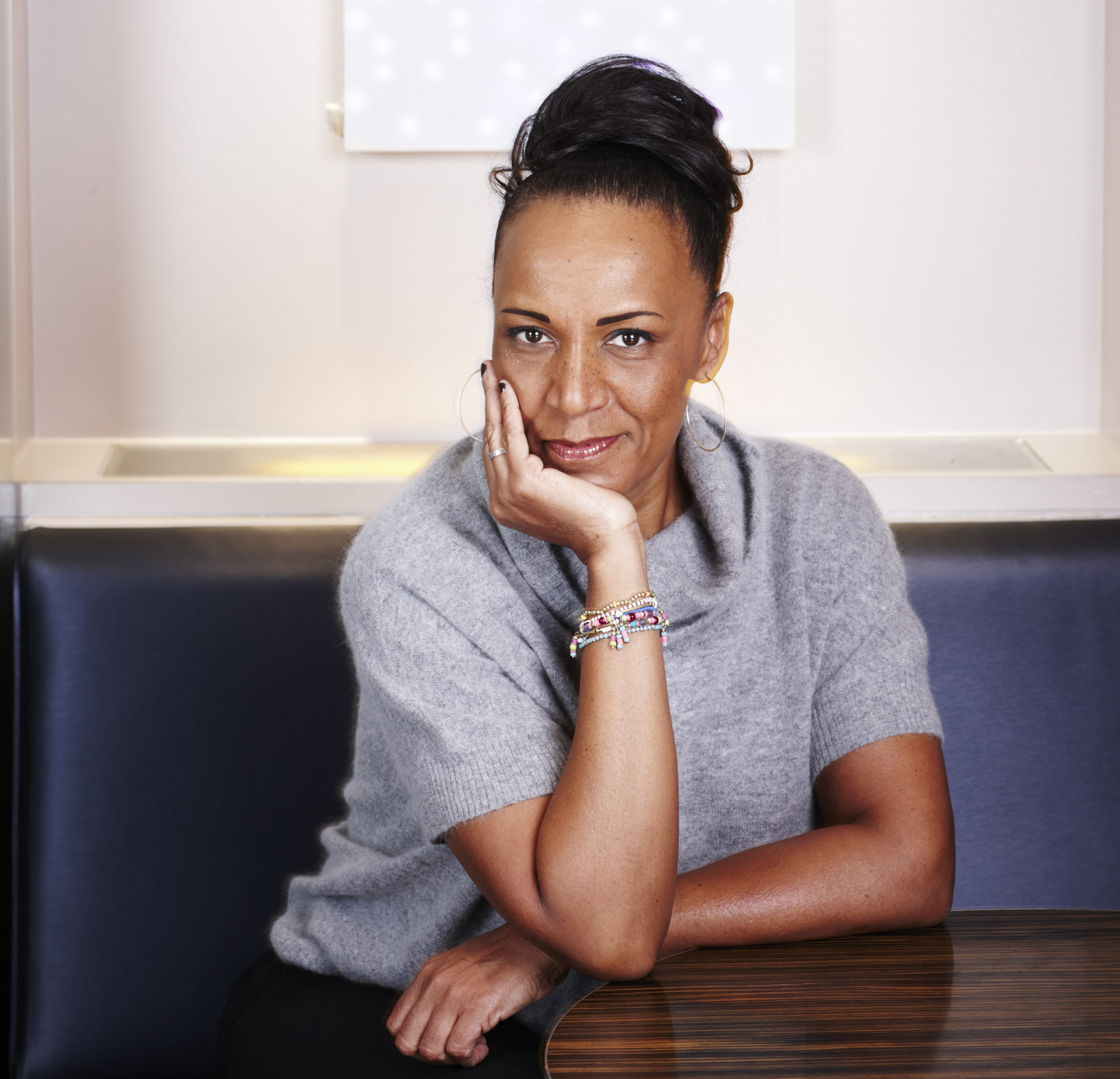 SAprofessionals.com recently spoke to Director: Graduate School of Architecture at the University of Johannesburg Professor Lesley Lokko about her professional journey thus far.

What inspired you to join the architecture industry?

I grew up shuttling back and forth between Ghana and the UK and rarely lived anywhere for more than a couple of years. It took me quite a while to recognise that my deep-seated interest in my surroundings was actually a desire to be rooted somewhere – anywhere. I was forever arranging and re-arranging the furniture in our many homes, trying out new seating or sleeping positions, experimenting with colour . . . the idea of home was both physical and emotional and although it took several attempts at studying (languages, sociology), when I finally began studying at the Bartlett School of Architecture in London, I felt (in a disciplinary sense) that I had finally come ‘home’. Although I’ve had two simultaneous careers as both an architect and a novelist, architecture always comes first.

What does it mean to you that your colleagues have entrusted you with your current position at UJ?

An enormous amount. When I founded the GSA at the University of Johannesburg in 2016, it was an enormous leap of faith on their part. There was an existing Master’s programme in place, which I felt could be vastly improved by updating the curriculum and bringing new teaching methodologies to the context. The move wasn’t entirely smooth: there was considerable opposition and – understandably – mistrust. For all our rhetoric, most people aren’t comfortable with change. Interestingly, the students were better prepared and more open to the idea of doing things differently. It took a couple of years but I’m exceptionally proud of what we’ve achieved.

What does the role mean to you?

Without a shadow of doubt, this has been the most rewarding experience of my professional career to date. The mandate I set out in the beginning – to turn the GSA into Africa’s most innovative, experimental and relevant school of architecture – hasn’t yet been reached (and, in any case, it’s not up to me to judge) but I do believe the GSA is a strong, robust and highly ambitious environment. It’s a source of continuous pride to see young African students – not just South African – lead the way in terms of their abilities to conceive, conceptualise and realise new avenues, paths, directions in architecture, often ahead of their tutors. For all those who said (and there were many) that African students cannot and should not be encouraged to think beyond their circumstances; that Africans are too poor to be creative; that there are too many concrete problems to be solved across the continent to allow African students the luxury of imagination, the GSA students are living proof that they were – and are – wrong. To have held the reins of the institution that set out to ensure African students have the same imaginative and creative opportunities as students everywhere else in the world has been my greatest source of pride.

What would you like to have achieved by the end of your term?

A successor; a committed and passionate teaching team and an incoming group of hungry, talented and dedicated students.

How would you describe your management and leadership style?

What makes you tick or keeps you awake at night with respect to your position?

Gosh, almost everything. The GSA has been similar to a start-up where everything (funding, infrastructure, organisational structure, roles, responsibilities, academic record-keeping) had to be invented from scratch. In the first few years, it was truly a 24-hour job, 7 days a week. There were many sleepless nights when I wondered if I’d made the right decision, or made the right call. Being a start-up, there was no template to follow. We made the road as we walked it, and that was often nerve-wracking enough to keep me awake at night.

How have you taken part in mentoring others?

Sir Peter Cook was the head of the Bartlett during my time there, both as a student and later as a faculty member. He had many brilliant pieces of advice but one in particular stands out: ‘lead by example.’ As a result, the GSA implemented a unique mentoring system where younger staff were paired with older, more experienced staff for at least two years, particularly important at the beginning of a younger staff member’s teaching career. I have made a number of hires over the past few years and taken a number of chances on young lecturers whom I thought had potential but little or no experience. Working closely alongside them, we have been able to mentor, guide and encourage a new generation of African academics through workshops, one-on-one coaching sessions, constant ‘live’ feedback and nurturing long-term close working relationships. Everyone who comes into the GSA in an administrative or managerial position is offered personal and management coaching; we all fill out something called a ‘Radical Honesty’ questionnaire which allows us to better understand each other’s strengths and blind spots.

It’s always easier to recall the lows than the highs: one of the worst moments over the past five years occurred early on, in the first year of the new, experimental curriculum. I was faced with the choice of ignoring poor levels of teaching competency from full-time staff that I had hired, or removing them from the School. Firing anyone in South Africa is a long, drawn-out process, fraught with administrative challenges: I went with my gut and moved them out. It was an immensely unpopular move amongst colleagues but I recalled my late father’s advice almost daily: ‘don’t take on this job if your aim is to be popular. Do it because you think it’s the right thing to do.’ I believe it was Henry Kissinger who said, ‘in academia, the stakes couldn’t possibly be any lower and yet the fight is to the death.’ I think he was right. The highs: there have been many. Receiving a standing ovation when showing the work of our students at the World Architecture Festival in Amsterdam in 2018 and then receiving the wonderful gift of the archive (10,000 books) from Professor David Dunster who saw the lecture and decided just before he passed away to leave his archive to us.

What notable accolades have you and your institution achieved?

In 2016, I was asked to be a jury member on the Aga Khan Award for Architecture Jury Committee and have since followed up every year with invitations to judge, critique and give keynote lectures all over the world. Most recently, I was the keynote speaker at the Australian Institute of Architects annual conference in Melbourne and keynote speaker at the US Architectural Record annual conference. Our students have shown their work globally, from South Korea to Istanbul, the US, UK, Australia and New Zealand. The GSA is the only African academic partner on the prestigious PLACES journal, and we have recently been awarded a second grant by the Graham Foundation (Chicago) for the publication of our second peer-reviewed journal, FOLIO: Journal of Contemporary African Architecture.

How has the institution fared in terms of achieving its business growth?

It’s something of a myth than universities are not businesses. Whilst I would be the first to maintain that business growth is not the university’s main agenda, the truth is that universities, like all businesses, require growth. The GSA was founded in 2016 with 23 students: today, in 2020, we anticipate 115. It has had phenomenal growth over the past four years. We have also been successful in shifting the practice versus academia paradigm by turning teaching into its own form of research practice.

Through what means does the institution ensure that it maintains high levels of ethics and integrity?

All academic research goes through rigorous university-wide ethics committee analysis. In architecture, knowing that our students often work with vulnerable individuals and communities, we pay particular attention to the power dynamics at play in situations where our tutors and students work ‘on behalf’ of others. Every project and thesis proposal needs to be vetted for any potential ethical risks and staff is on hand to discuss any ethical implications that arise from a particular course of study.

Is transformation considered a key objective at the institution, and if so, how is it attended to?

Transformation is the GSA’s key objective: in 2016, we undertook to commit to a Transformative Pedagogies paradigm in all our teaching and research practices. The South African Council for the Architectural Profession (SACAP), in its 2018 accreditation visit, made the following observation:

‘The proportion of black students within the GSA is notable as amongst the highest of any Master’s programme in South Africa. It is evident that one of the key successes of the application of the Unit System has been the creation of space for black students to find their voice and express their architectural identity through their research and design work, an important step against the backdrop of the agenda for the decolonisation of higher education.’

Highlight some recent contributions by the institution to the community and to the relevant profession your professionals are part of.

We work with many different and diverse communities, from informal settlement upgrading to assisting marginalised groups within the city with demands for better living conditions; tackling issues of equity, equality and gender discrimination. Most recently, staff and students collaborated in the making of two films for the global Women in Architecture film competition which is currently being judged in New York City. Our students’ work on marginalisation and security was featured in the Japanese Pavillion at the 2018 Venice Biennale.  A group of students co-hosted a masterclass with students and faculty from the University of Technology Sydney on inequity and health. As an academic institution, our work is disseminated largely through publications, exhibitions and films: the GSA has an excellent and growing reputation globally for being at the cutting-edge of conversations around architecture, urbanism and inclusive practice.

How does the institution ensure that professionalism and good customer service are upheld?

Our students are our ‘customers’ and we have implemented a number of ways in which their feedback is solicited and valued. All students take part in two school-wide surveys at mid- and end-points of the year. Their answers are anonymous and are discussed at the appropriate faculty monthly meetings. Teaching and research are conducted in ‘Units’ of 10-18 students; each unit has two staff members and a student representative who attends all staff meetings. In addition, I maintain an open door policy for students with grievances. Keeping staff/student ratios low, flexible and generous is a hallmark of the GSA and one of my own top priorities. The bottom line is that good teaching is expensive but ignorance is even costlier.

What values do you hold dear and why?

When you not at work, what do you get up to including family life?

I have a second career as a novelist (to date, I’ve published eleven best-selling novels, which have been translated into fifteen languages.) so that keeps me busy. I travel a great deal; I’m single and have no children so (somewhat selfishly) my time is my own. I read, I have a very active social life and I value my very close friendships dearly. 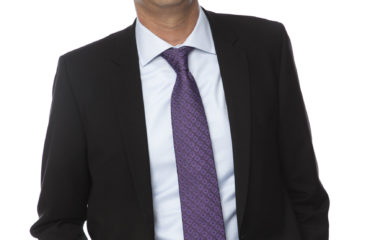 RIZA MOOSA – DEVELOPING AND SUSTAINING A SUITABLE PLACE TO WORK 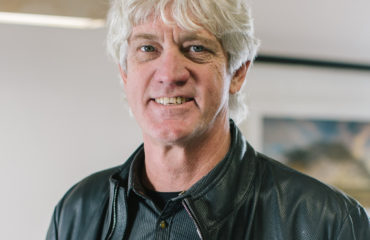 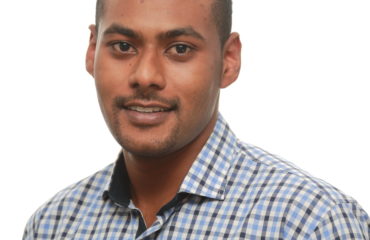