Efious Mugwagwa’s decision to pursue mechanical engineering at the University of Zimbabwe was inspired by some sound advice received from his cousin Wonder Mutebuka who insisted his strength in mathematics would enable him to do well. That conversation happened in Harare in the mid-nineties shortly after Mugwagwa had moved to the Zimbabwean capital city from his rural home of Buhera.

“I hadn’t even heard of engineering while in Buhera. All people were talking about was accounting thinking this was the only discipline that would enable one to be successful. We didn’t know that success is not aligned to a particular field; even if you sell tomatoes and you do it in a professional way, you can be successful and become a tomato-selling millionaire.”

After graduating in 1998, Mugwagwa spent a few months as a draftsman at Byco Technologies before moving to Craster International where he quickly rose to the position of quality superintendent at the age of 26, supervising people who were much older than him.

“I learnt a valuable lesson in leadership – being careful about stepping on people’s toes. I recall clashing with one employee who was quite close to the CEO. As the latter couldn’t fire me, he instead gave me a repetitive task doing two months of testing inside an uncomfortable tank. It led me to resign,” Mugwagwa laughed.

He spent a further two years as a CAD engineer at Pearce McComish Tarabuku where he remembers receiving great experience. In 2003, he left Zimbabwe having been “pushed out by the economic hardships in the country”. After short stints with a couple of consulting engineering companies, he joined Emzansi where he received valuable mentorship in mechanical engineering from Riaan van Staaden.

“Emzansi was not about the money but about developing my career; a year of learning and building the foundation of what I am doing today. I would advise young professionals not to chase money when evaluating opportunities but rather pursue career growth.”

In 2006, while working for Khatima Engineers, Mugwagwa and a colleague, Echols Mkhabele, registered Mnjiya Consulting Engineers (MCE). The decision was inspired by their belief that they could set up an organisation and run it with more professionalism than they had previously experienced in the industry.

“Initially, I was the only full-time employee [and worked] from a house in Noordwyk. Our first project was with the Department of Public Works for which we received a payment of about a quarter of a million rand. The day that money came in was like winning the lotto, it changed everything!”

The company has since moved up and operates from its own building in Midrand. MCE is ISO 9001 and 18001 certified which indicates compliance with the highest international standards.

“It is quite rigorous and time-consuming to get the certification but well worth it as it indicates that we are capable of executing assignments beyond our borders. Our way of doing things is acceptable internationally and we are visited frequently by the inspectors to check that we are maintaining the certification.”

The Public Works project related to the Atteridgeville prison in Pretoria. Other clients include the Gauteng Province, Department of Infrastructure Development (DID), Development Bank of South Africa (DBSA), Passenger Rail Agency of South Africa (PRASA) and Growthpoint.

“What makes us different is the value we add to our clients. We have a continual relationship and focus on adding value rather than looking to make money. Many engineers made a lot of money in the build up to 2010 due to the spring of infrastructure and after doing so exited the market but we are still here. We also continued to do traditional projects when everybody else was running to World Cup related projects which is testament to our dedication to serving our everyday client.”

Mugwagwa’s contribution to his profession includes his role as a board member of the Consulting Engineers of South Africa (CESA) where he also chairs the Quality and Risk Committee. He additionally serves as a council member in the construction portfolio of the Zimbabwe Ezekiel Guti University, is an elder at his local church, and sits on the board of a mining entity in his country of origin.

The company also makes a contribution to the community by way of a corporate social responsibility programme that sponsors the children of the Thembisa Children’s Home.

“We are a 100% black owned company but there is something I have learnt in this industry; you start of as trading as black for a couple of years but at some point you stop punting that aspect and get business solely on the basis of the value that you add to your clients and your profession. Black empowerment is good but not at the expense of quality.”

Mugwagwa believes it is more beneficial to set up your own shop regardless of it being smaller than working within a larger corporation and rising within its ranks.

“You become a master of your own destiny, create a legacy and design policies and a sequence for others to follow. We have about forty members of staff and have laid down our way of doing things such that they do not require constant supervision. They run projects on their own and meet pre-defined deadlines.”

MCE’s Group CEO went on to say that their vision is to make the company a good training ground for young black engineers and professionals to ensure that once an engineer passes through the company, they emerge as a professional with integrity and ethics.

“Mentorship is very important to us. Engineering has changed over the years and it concerns me that where I am from, students are still using outdated learning methods. I believe in bringing people along with you in your success rather than leaving the population behind as you succeed. Organisations need to solve the problems people have meeting their needs as you progress as an organisation.”

The company’s mentorship programme includes bringing in university students for a few weeks in order to gain a practical understanding of engineering. Mugwagwa also indicated that they occasionally provide services at cost where those services are of benefit to the community. 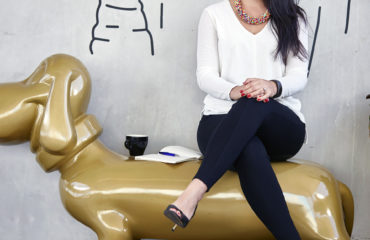 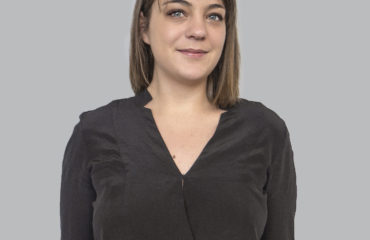 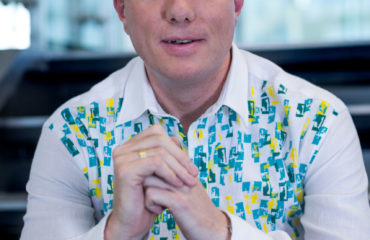