Tell us about your background and how you ended up working in South Africa’s built environment?

I was born in Zimbabwe and at the age of three my family was exiled from what was then Rhodesia. We crossed over to Zambia which is where I grew up before moving to the USA at the age of twelve when my parents went there for further studies. In 1981, my family returned to a now independent Zimbabwe where I completed my A levels before pursuing an international baccalaureate diploma in Italy on a scholarship. My civil engineering studies were in Texas, USA where I met my husband who comes from South Africa. We moved here in 1995 and I am South African by naturalization. I am forever grateful for the circumstances that lead to me living in so many countries; Zambia in particular was very cosmopolitan being a harbour for Zimbabwean, Angolan and South African exiles. This background has enabled me to have an appetite for interacting with people of different ethnic and economic backgrounds as well as picking up languages. In my professional life, it has enabled me to be amenable to a vast spectrum of environments.

What are your thoughts on the judges’ decision to award you the Engineering and Built Environment Woman Professional of the year award 2014?

I wish to express my heartfelt appreciation for the vote of confidence shown in me by the judges of the first ever SA Professional Services Awards (SAPSA).

I must apologise that I was unable to attend the award ceremony due to a whole host of competing work pressures and deadlines. As a recognised winner, I wish to respect and advance the image of the SAPSA awards by striving for excellence in my professional life, both within my employer Bosch Stemele and also in the broader built environment sector.

It was good to know that both Bosch Stemele and I were in good company in looking at the takers of the other categories. Our company’s semi-annual publication which goes out to market twice a year will be capturing this achievement in significant detail.

What are your views on transformation (BEE) as a professional and a company?

I think it goes without saying that disparities entrenched in the past were so massive and far reaching that this country had to structure black empowerment. And I feel privileged to have come to South Africa early enough to have witnessed the genesis of transformation and empowerment. Bosch Stemele is a 100% South African owned entity with a level 2 BEE rating. When I was approached to join the company, I was keen to be part of a continuing representation of transformation. I am in agreement with that knowing that my ‘Africanness’ is material to demonstrating the rightful space African professionals should be taking. Without the legislative framework on Black Empowerment, a lot would become impossible in the South African space.

You mention moving to Bosch Stemele, what was your previous station and why did you leave?

I spent six and a half years in BKS (now Aecom) and managed to achieve the very outcomes that the board expected of me when they head hunted me for the job. On entry into BKS I found a pale male organisation with quite mature males running the business and I was the only black female on the board except for the chairman who was South African Indian. The kind of management dispensation I inherited when I joined BKS did not look the same when I was leaving.   I was privileged enough to carry the organisation successfully through the 2010 boom. It may have seemed easy because of a buoyant market but on the other hand, buoyancy comes with a high risk of claims and mistakes can easily be made. It’s safe for me to say that through the years that I served in BKS, we came out profitable and with minimal number of claims. I was positively at the forefront of leading BKS into the acquisition space when it was acquired by a multinational. After the acquisition, I felt there were enough global chiefs to take the business forward and that my experience would be more impactful to an African owned business.

My professional background has been anchored in road and transportation engineering and I always affiliated myself to firms that were strong in that division of civil engineering. Bosch has a focus on water and wastage treatment and that gave me a sense of renewal and the opportunity to face this sector more squarely than I ever had to care about before. Bosch Stemele is part of a group of companies with a unique group structure that allows for synergies to manage projects of a dynamic nature. Prior to my joining in 2012, Bosch Stemele was awarded the technical excellence award by Consulting Engineers South Africa (CESA). It gives me great pleasure to be affiliated with the business of that calibre.

What has been your contribution to your profession?

From my early candidate engineer days, I was an active member of the SA Institution for Civil Engineering (SAICE) and I headed the portfolio of women in engineering for many years. I also sat on the SAICE council for a number of years. I have been a member of the disciplinary committee of CESA where firms are taken to task over unethical practice. At my previous job, the HR manager and I developed an initiative known as Future Now, a mentoring program that persists to this day at AECOM. It is a very structured program aimed at developing the complete self for candidate engineers. Mentoring is the kind of space that I enjoy and I have been to countless universities, conferences and forums to speak to professionals – particularly women. I am also a council member of the University of Pretoria and sit on the advisory board of their engineering faculty.

What would you say is your management style?

In a nutshell, I like to seek first to understand and be understood. I am really a listening type of leader; I believe if you do not take the time to listen you may be missing out on some significant wisdom. Because of that driving principle, I am consultative and would like to run a ship which fosters participation.

What would you say was the worst day in your career?

I once took a proposal to a board meeting and it was tossed across the table by one of my directors. It is my worst memory but has also been a phenomenal learning opportunity. I was actually seeking a principled view from the board and this particular director misunderstood my intentions. The reaction was out of line and was extremely dismissive. He acted as though the proposal was not worth the paper it was written on. But he apologized afterwards and I would take the call if he phoned me today. I am grateful for the lessons learnt from such experiences.

What do you do outside work?

Outside of work, I focus on rearing my two boys – or should I say three including my husband? 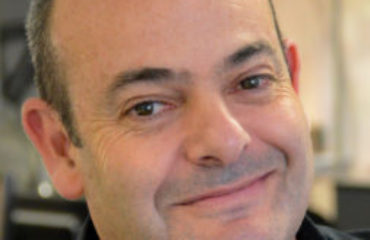 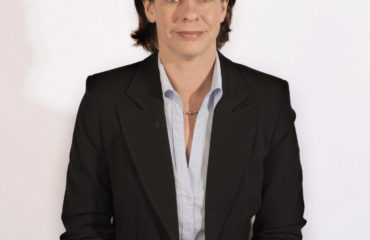 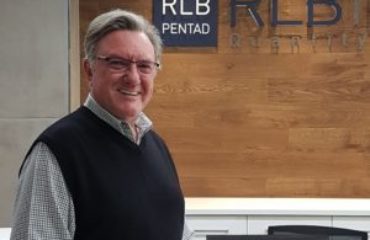